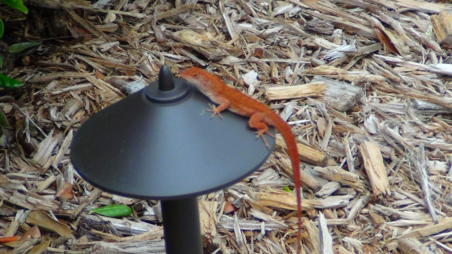 IS THIS A NEW SPECIES? 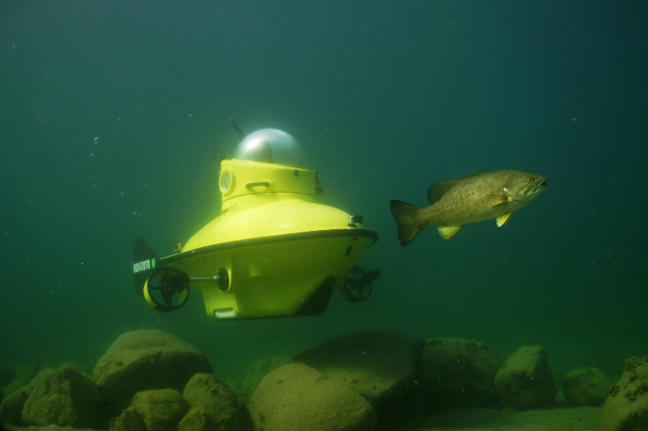 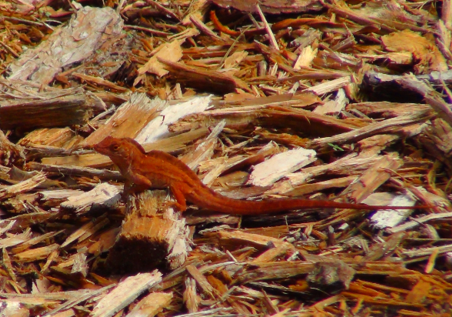 I was shocked to see a red colored anole lizard sitting on a green hedge here in Sarasota, FL on May 26, 2016. The next day I brought my camera and photographed the female specimen sitting on the lamp seen here. Its underside was white like most normal anoles, while the tail was vivid red.  It was very skittish and ran off into the nearby hedge and vanished.  Looking for it, I also saw a newly hatched baby red anole​ run under some leaf litter   within three feet from where this one was.  I suddenly realized that whatever this lizard is, it has offspring.

Two days later I photographed and filmed another specimen.  This one was slightly larger and is a male.  Notice that the underside is not white like the female and it has a beautiful crest on its head and back.  This one lives about ten feet away from the female.  These anole lizards live within a very large and healthy colony of Jamaican anoles (anolis sagrei) of normal brown and tan coloration.  All three specimen's tails are especially vivid red near the base and they seemed "extra alert"  compared to the brown and tan specimens around them.  I also noticed that many, if not most of the brown and tan anoles were missing most of their tails from either fights with other lizards or bird attacks.  I speculate that the red color of their tails may not appeal to the predators attacking the "normal" colored lizards.  A fourth red specimen was seen by a resident of the property in the back of their house on their pool cage.

​To the internet... what?  No scientific papers?  THE SARASOTA RED LIZARD lives in peace.  All I could find were a few photos of another specimen elsewhere in southern Florida that was orange.